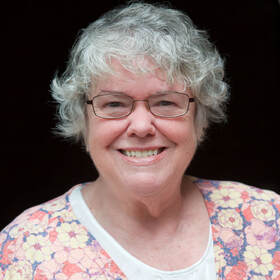 Karen Mann grew up on a farm just outside of Indianapolis. She spent every Friday night with her grandmother, who served Karen breakfast in bed the following morning, followed by a day of reading, one book a week. Karen’s love of books and desire to write developed early on.

She attended Indiana University–Bloomington, where she nurtured her love of books by majoring in English literature.

It was several years later that she decided to act on her desire to write, and she earned a masters in English with a creative writing concentration at the University of Louisville, where she met friend and mentor Sena Jeter Naslund.

Karen’s short stories and essays have appeared in various anthologies. Over the years she has written six novels and a memoir. Her first book, The Woman of La Mancha, came out from Fleur-de-Lis Press in 2014. This historical novel is a companion book to Don Quixote; however readers do not have to have read Don Quixote to enjoy The Woman of La Mancha.

Karen's second book, which is the first book in The Saved Man series, is out from Page Tuners Publishers in ebook format only from amazon. This series traces the lives of four immortal men and chronicles their search for the reincarnations of their soul mates from the first century to the present.

Karen has held various jobs over the years: sales clerk in a department store, service representative at the telephone company, controller to a large homebuilding business, bookkeeper, editor, and proofreader.

Karen is co-founder and Administrative Director of brief-residency Masters of Fine Arts in Writing at Spalding University (now the Naslund-Mann Graduate School of Writing) in Louisville where she puts her varied career experiences to good use. She was managing editor of The Louisville Review, a national literary magazine since 1976, for 26 years.

After having lived in the Midwest most of her life, Karen now lives in Loveland, Colorado. While always a Hoosier at heart, Colorado's beauty and fine weather have won her over.